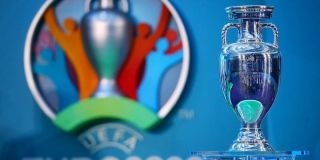 Euro 2020 has become Euro 2021 in an attempt to complete the Champions League and Europa League.

The news came initially from the Norwegian FA, strange enough as that sounds, after sharing the news in a statement on Twitter – but has since been confirmed by Uefa.

The Premier League is due to resume in April, which seems extremely unlikely, but this decision paves the way for Manchester United to clinch top four. It enables all of Europe’s leagues to complete their seasons over the summer, granted the COVID-19 pandemic is solved.

Moreover, the Red Devils are well poised to qualify for the quarter-finals of the Europa League after winning the first leg of their Round of 16 tie 5-0 away to LASK.

The word coming out of Old Trafford is that United will ‘continue to play an active role’ in discussions with Uefa about the possible resumption of the European football calendar amid the COVID-19 pandemic.

In a statement, United said: “We note the decision to postpone Uefa Euro 2020 to hopefully allow domestic and European competitions to come to a conclusion as a priority.

“Clearly coronavirus has created an unprecedented set of circumstances and the health and well-being of fans, players and staff has to come first. We will continue to play an active role in discussions through Uefa, the ECA and the Premier League and we will monitor developments closely.”

And, in a statement released earlier, Uefa said: “All Uefa competitions and matches (including friendlies) for clubs and national teams for both men and women have been put on hold until further notice. The Uefa EURO 2020 Play-off matches and international friendlies, scheduled for the end of March, will not be played in the international window at the start of June, subjects to a review of the situation.

“A working group has been set up with the participation of leagues and club representatives to examine calendar solutions that would allow for the competition pf the current season and any other consequence of the decisions made today.”

Both statements via Manchester Evening News.

The Athletic claim the governing body will have asked for £275million in compensation to cancel 2020. If spread equally between all of clubs under Uefa’s umbrella, it could cost each team £1.25m to cancel the European Championships this summer — but we’re sure the more financial stable clubs will cover more than that to help smaller clubs.

One thing is sure, and that’s Liverpool will be at the front with their wallet to ensure it’s them who claim the Premier League title.

Sky Sports reporter Dharmesh Sheth says Liverpool have not yet ‘earned’ the Premier League title, going on to add handing them the trophy now would be unfair.

Kaveh Solhekol cuts across Sheth and argues that the Scousers have earned it, but can’t answer the question posed: ‘Have they won the title – yes or no?’

Watch of the video below (via Football Daily/Sky Sports News):

Factually, he is right. You can’t just give the title to anyone — 25 points clear or not.