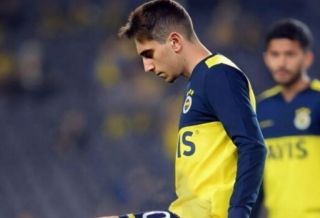 Manchester United are reportedly among the clubs keeping an eye on Omer Beyaz and could face stiff competition for his signature in the summer.

In addition to reportedly competing over Birmingham City starlet Jude Bellingham, United have Beyaz on their radar too, but so have many other clubs.

The 16-year-old midfielder has played in 14 matches for Fenerbahce’s U19 team, scoring twice and he was also an unused substitute in their Super Big matches against Denzlispor and Konyaspor.

According to Turkish outlet Fotospor, via Nihat Emre Kocaasian of Sport Witness, Manchester United are interested in signing Beyaz.

Beyaz’s contract expires in 2021 and is seen as one of the brightest talents coming out of Turkey at the moment. He must now weigh up his options and decide on what would be best for his long-term career.

Joining a club like United would be a step in the right direction so long as he has the right mindset to move to a different country and to work hard.

Some players have all the attributes but can’t pull it off on the pitch because their head isn’t in the right place. Distractions off the pitch, too interested in their own appearance etc… It’s clear that Solskjaer wants hard workers and players who want to win.

Beyaz has a bright future ahead of him, and it’s great to see that United are in the mix for another promising player in world football.