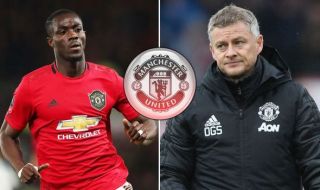 Manchester United have been in much better form lately to conduct an 11-game unbeaten run in all competitions.

Ole Gunnar Solskjaer’s side kept nine clean sheets during that run to suggest the defence has improved massively over the past year. His defensive signings — Aaron Wan-Bissaka and Harry Maguire have both fitting in wonderfully, and the former is now club captain.

One man who has contributed to such success is Eric Bailly, on after returning from a long spell out with a knee injury sustained against Tottenham towards the end of pre-season, with United winning all five of their games that the defender has featured in since February.

The problem with Bailly has always been injuries. Being rash is part of his game but he needs to be more intelligent when it comes to making tackles and coming out the other side without knocks.

We love how Bailly would put his face in front of a truck for United — but the Ivorian needs a run of games, something he’s not really had since his brilliant first season at the club, which also saw him miss out on a Europa League final due to injury.

Solskjaer is beginning to trust Bailly more and his form would suggest why, as would how the player explained how it’s helped him being coached by a former player, which could be seen as a dig at ex-manager José Mourinho who was in charge when the defender arrived at Old Trafford.

As quoted by the Metro, Bailly said: “It’s important being able to work with someone who is a former player. Someone who understands the players’ situations, understands all the things that can happen from time to time.”

Having been out injured for so long, it’s clear that Bailly is a fan of Solskjaer’s man management style, which we can all see being some contract from Mourinho’s typical approach to such matters.

Bailly thanked the boss for helping him get back on track, adding: “Football is not just played on the pitch, it’s also about all the things that go on around the game, the things that people don’t see. And he is someone that gets that and it helps the team a lot. Besides being a coach, he’s just a normal person.”

There was a time, not long ago, that fans were unsure whether Bailly deserved a new contract. United decided to trigger an extension clause in his current deal to keep him at the club until the end of the 2021-22 season.

The former Villarreal defender has made 50+ Premier League appearances across three and a half injury-hit campaigns. Hopefully when football resumes he’ll catch a break and get more time alongside Maguire in defence.