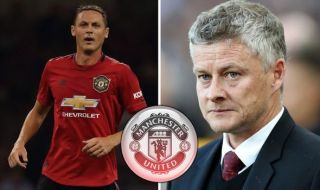 Nemanja Matic, Timothy Fosu-Mensah and Angel Gomes all run out of contract this June, but if the season needs to be finished past that date, which is looking likely, Manchester United may offer a short extension.

This won’t apply to Odion Ighalo — on a six-month loan from Shanghai Sheahua.

According to The Athletic’s David Ornstein “it is believed the FA and FIFA would grant special dispensation for short-term rolling contracts,” allowing for “week-by-week deals.”

I think one player definitely in line for a new contract — more long-term than we’re talking in this article — is Matic.

The midfielder has played much better in the new year and has been an important element in United’s 11-game unbeaten run.

It seems as though Mourinho’s boy has warmed to Ole Gunnar Solskjaer too, and I highly doubt he’ll want to go anywhere else this summer.

Fosu-Mensah has been out injured for a long time and Gomes hasn’t exactly broke into the first team yet. It would still seem unlikely that they would get one of these week-by-week deals because United can afford to keep them long-term anyway.

It comes down to whether they’re really worth the investment – but players can’t just be shown the door if clubs are financially hit by COVID-19. That’s why the FA are allowing for week-by-week deals.