It looks like Phil Jones’ career at Manchester United may finally be coming to an end.

According to the Mirror, Ole Gunnar Solskjaer is willing to let the 28-year-old defender leave this summer after nine years at Old Trafford.

The report claims Newcastle are willing to give Jones a Premier League lifeline, with Steve Bruce registering an interest in the injury-prone centre-back.

Jones has made just eight appearances for the Reds in all competition this season and has fallen to fifth in the central defensive pecking order. Harry Maguire, Victor Lindelof, Eric Bailly and Axel Tuanzebe are all preferred by Solskjaer.

The Englishman’s United future looked ominous when he was not even selected in the squad to face Derby in the FA Cup as United progressed to the quarter-finals.

If Jones is not trusted when the team is rotated, his future at the club is pretty bleak.

Jones had huge promise as a central defender when signed by Sir Alex Ferguson by Blackburn in 2011, but he has failed to have one impressive season at the club. Injuries have completed disrupted his career and he has very rarely been able to string a succession of games together in a United shirt.

It’s about time the Reds cut their losses on Jones, who we hope can stay fit and perform at another club. 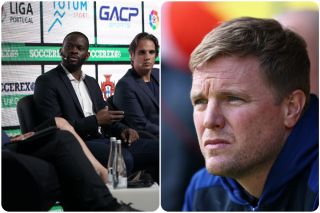