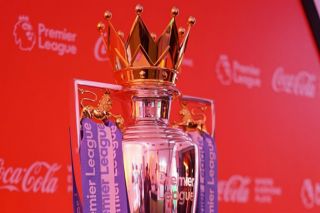 The Premier League in conjunction with the EFL have announced a suspension of all professional football in this country until April 3rd at the earliest. Looking at how the current crisis is spiralling out of control across the continent, this date looks optimistic to say the least.

The government is saying that the virus peak is anticipated to be in the next 10 to 14 weeks. If that is correct a more realistic start date would likely be at the end of May. You couldn’t see how games could be played (behind closed doors or not) in the interim, operationally it would be impossible for clubs to avoid contact with infected staff unless they did not train or travel throughout the period in question.

So where do we go from here? There have been discussions in the media about voiding the whole season or using the current positions to decide top four and relegation. Whilst some United fans have relished the prospect of the league being snatched from the grasp of Liverpool in such circumstances, the reality is there is so much at stake it is difficult to see that clubs would be in agreement with such a drastic decision.

Either way it looks inevitable given the impact that has already accrued on scheduling will already result in the postponement of the Euros in June. If that is the case and the virus peak has passed, then there is a window of opportunity for another solution. The top and bottom eight could play-off to decide the top four and relegation places.

Whilst at the moment this is maybe an unlikely or unsatisfactory solution the fact is we are in completely uncharted territory and this has got to be more attractive that completely voiding the season. If this were to happen then after the drought of no football there would be a tremendously fascinating set of fixtures, that whilst not making up for lost time, would absolutely be box-office particularly for United fans desperate for a 21st League title and potential Double to boot.