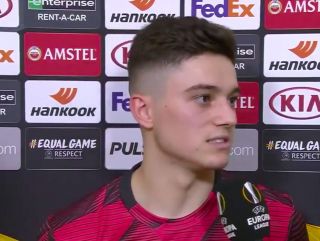 What a relief for Daniel James who scored his first goal in 32 Manchester United appearances on Thursday evening.

The Welsh winger’s lengthy drought finally ended in the 5-0 rout against LASK in a game that was played behind closed door due to coronavirus concerns.

It has since been announced that all elite football in England has been postponed until at least April 4th with the virus set to spread further.

In bizarre, eery surroundings in Austria, James found the bottom corner brilliantly to double United’s lead after being given far too much space on the left-hand side.

It was James’ first goal for the Reds since August 31st where he netted away to Southampton.

We hope the youngster can build confidence from this goal as his end product has let him down on occasions this season. But due to the uncertainty around COVID-19, we are unsure when we will see United return to action again.

"When he does finishing in training, his technique is top-drawer."

"It's great to learn from a gaffer like that is great."