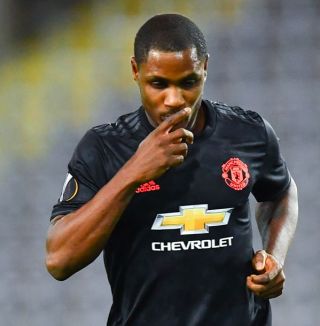 Manchester United players reported to training at Carrington on Friday morning after their emphatic victory over LASK in the Europa League.

The Reds defeated their Austrian opponents 5-0 behind closed doors, all but securing their passage into the quarter-finals of the competition.

UEFA has also postponed all Europa League and Champions League fixtures that were due to take place next week, meaning United will have to wait to confirm their progression into the next round.

READ MORE: The Manchester United fixtures postponed so far due to coronavirus outbreak

Ole Gunnar Solskjaer’s players reported for training as usual, with in-form striker Odion Ighalo taking precautions by wearing a face-mask amid concerns about the spreading virus.

There are now more than 700 confirmed cases of people who have tested positive for COVID-19 in the UK, including Arsenal head coach Mikel Arteta and Chelsea player Callum Hudson-Odoi.

See Ighalo and McTominay arriving for training below, courtesy of Manchester Evening News.