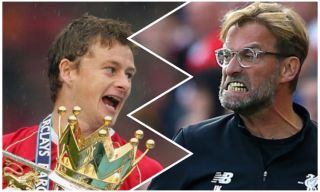 The Premier League has shut down for three weeks. There will be no matches — all suspended until 3 April “at the earliest,” it has been confirmed.

As recently as yesterday evening, officials suggested this weekend’s matches would go ahead. Manchester United were scheduled to play Tottenham in a clash that is important in the Premier League’s race for top four.

However, news that both Arsenal manager Mikel Arteta and Chelsea player Callum Hudson-Odoi have tested positive for COVID-19 has prompted a rethink…

It shouldn’t have to come to that. We’ve seen the Serie A and other leagues take action with coronavirus continuing to spread in Europe.

The likeliest scenario is that Euro 2020 will be renamed Euro 2021 when UEFA hold their video conference on Tuesday to decide what their next move should be in this crisis. The football governing body today announced that next week’s Champions League and Europa League fixtures would be postponed due to coronavirus.

Leading clubs in England will push for a year-long delay in the Euros to allow this season’s European competitions to be completed during the summer.

READ MORE: Gary Neville hits out at plans to play games behind closed doors over coronavirus

But it very much depends on when it will be safe to play and attend football again.

There might not be enough time in the summer to play all postponed fixtures and that would cause even more havoc for the football calendar.

Why not organise a top eight play-off for the Premier League title? Jazz things up, make it exciting and play-offs don’t require months.

Fifth-placed United have collected 17 points from a possible 27 this season in matches against Arsenal, Chelsea, Liverpool, Manchester City and Tottenham.

Those have come from wins against Chelsea (two), Spurs (one) and City (one), with a point apiece against Arsenal and league leaders Liverpool.

No matter how good Liverpool have been this season you can’t just hand them the title. It must be won outright.

And no team would want to be drawn against United in their current form. Our Portuguese Magnifico has made that much of a difference.