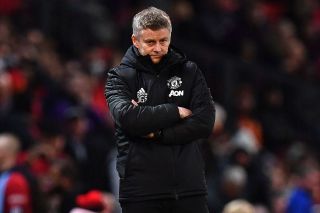 Thursday evening’s 5-0 thrashing over LASK in eery surroundings was the last of Manchester United that fans will see for some time.

It was announced on Friday morning that The FA, Premier League, EFL and FA Women’s Super League and FA Women’s Championship had collectively agreed to postpone the professional game in England until 3rd April.

The decision was forced upon the Premier League after several cases of players and coaching staff self isolated with symptoms of the virus.

United’s game played behind closed doors last night just didn’t feel right, regardless of the emphatic result. After all, football is nothing without the fans and the strange feeling was shared by the few journalists attending the game as well as those watching at home on TV.

Postponing games is the only sensible outcome but there is no indication yet as to what will happen if the virus as expected, spreads further and the season cannot be finished before the summer.

Anyhow, the next game United are scheduled to play is against Brighton away on April 4th.

In the meantime, trips to Tottenham in the league on Sunday and Norwich in the FA Cup have been called off, as well the u23 fixture against Middlesborough and Youth Cup game against Chelsea.

Next week’s second leg against LASK has also been cancelled by UEFA.