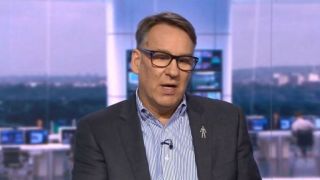 Sky Sports pundit Paul Merson believes Manchester United have turned a corner in recent weeks and has backed Ole Gunnar Solskjaer’s side to finish above Chelsea this season.

Anthony Martial and Scott McTominay scored the goals to seal a comfortable win.

The Red Devils are currently on a 10-game unbeaten run in all competitions — not losing a game since the 2-0 defeat by Burnley in January.

While Solskjaer’s men have found some consistency at long last, fourth-placed Chelsea have had their ups and downs.

Merson fancies United to finish ahead of Chelsea and secure fourth spot.

“We were looking at United earlier in the season and thinking: ‘How are they going to break teams down at home?’ But now you look at them, and they’ve got two players who can pass it around, with the legs of Fred too. And with the pace up front, they’re starting to look like a team,” Merson told Sky Sports.

“I think Manchester United are turning a corner, not a bend, but a major corner.

“I think Chelsea will do well to finish above United, with their fixtures.”

After a trip to LASK in the Europa League, Manchester United are scheduled to take on Tottenham in the Premier League on Sunday afternoon.

But with tonight’s Premier League encounter between Man City v Arsenal postponed due to coronavirus fears, we can’t be too confident that our next league game will take place. Stay tuned for updates throughout the week.

The Premier League have postponed our match with Manchester City on Wednesday night as a precautionary measure.https://t.co/qTX1QiXjZv

Thursday night’s match against LASK will be played behind closed doors.