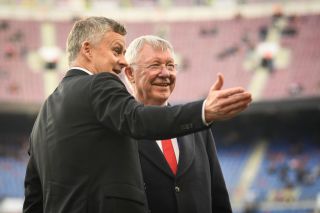 Jude Bellingham will attract tons of attention in the coming months.

Aged 16, the midfielder is already a regular at Birmingham City and has been linked strongly with Borussia Dortmund and Manchester United over the past week.

It seems clear that his future lies somewhere else this summer.

Birmingham would obviously like to hold onto their starlet but they know it will make sense financially when it comes to this deal.

A Daily Star report claims that Bellingham’s price-tag has been mentioned to be at a minimum £30m but it has not put sides off. Liverpool and Chelsea are also believed to be in the hunt for his signature.

But United stepped up their pursuit of the youngster when he and his parents visited United’s training complex at Carrington on Monday by having Sir Alex Ferguson in attendance to greet them.

According to the Daily Mail, Bellingham was shown around the club’s headquarters by Ed Woodward and Matt Judge, who work together on negotiating deals.

With Fergie also present, United are sure to have left a good impression on Bellingham and his family, but you never know when Woodward is knocking about…