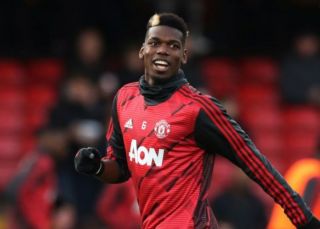 Paul Pogba is interested in committing his future to Manchester United, the Daily Mail reports.

It seemed that the France international was keen to leave Old Trafford in favour of a switch to Real Madrid or Juventus (via Calciomercato).

Now, however, he’s reportedly happy to either extend his current deal or discuss a new one in order to stay with the Red Devils.

It is noted that United’s finish to the season will have a part to play in proceedings, with Pogba likely to change his mind again if Ole Gunnar Solskjaer’s side miss out on Champions League. That is also likely to have an effect on United’s pursuit of Borussia Dortmund sensation Jadon Sancho, as per The Athletic.

But apparently Pogba is eager to play with new signing Bruno Fernandes, who has made United far more efficient in attack since arriving from Sporting Lisbon in January.

And with Fernandes in the side, it’s clear progression has been made and Pogba won’t walk back into the team when he returns from injury.

Not now when the team is playing well and winning football matches.

Pogba has to work which should be a good thing.