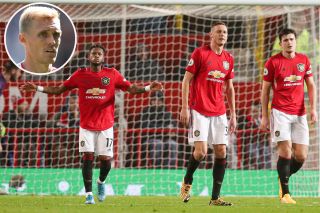 Darren Fletcher believes Ole Gunnar Solskjaer’s side will be in a position to end their wait for the Premier League title in two or three years.

The Red Devils last won the league in 2013 during Sir Alex Ferguon’s final season in charge and the closest they’ve come since was a second place finish under José Mourinho in 2018.

They still finished a long way behind champions that season, Manchester City, and have continued to fall further behind with Liverpool on course to win the title this term.

Solskjaer is looking to change United’s fortunes and his priority now is to secure Champions League football for next season, with United currently in fifth and still in contention for Europa League success.

Talking about Liverpool’s 30-year wait for league success, he said (via GOAL): ‘Manchester United cannot allow that. The current run is bad enough as it is.

‘We need to see Manchester United winning the league in the next two or three years down the line.

‘That’s being realistic. The bar has been raise in terms of what it takes top win the league.

‘I can’t see Pep Guardiola still being at Manchester City in two or three years. Jurgen Klopp, too.

‘Maybe it’s wishful thinking, [but] Man Utd have to put themselves in a position to capitalise if that happens.

‘Next season I expect a better campaign and in two or three years, I am expecting title challenges and potentially winning.’

Even though this season has been a bumpy ride for Manchester United, we are starting to see progression, with the defence finally looking strong enough with the team now holding on to wins.

That has been clear in a lot of games recently but the Manchester derby was without question the best showing in terms of example.

Harry Maguire has been a rock at the back, while Bruno Fernandes pulls the strings in the final third.