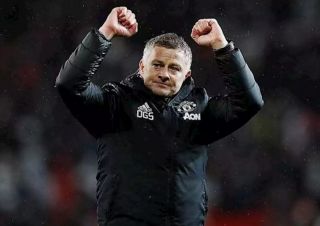 Ten games unbeaten, eight clean sheets, 24 goals scored and only two conceded. The weekend’s third Manchester derby win of the season took a remarkable run of form to new heights. United fans could be forgiven for spending the last 24+ hours in the proverbial dreamland.

Whilst Guardiola’s men had the vast majority of possession, 72% in fact, it was Solskjaer’s side that created more chances and meaningful ones at that. The introduction of Bruno Fernandes has taken the Red Devils to another level. Since his Premier League debut on 1st February against Wolves, the Portuguese international has been involved in more league goals than any other player. His two goals and three assists have made an instant impact on the pitch as well as off it. The inventive quick free-kick that led to the opening goal caught the City defence napping and was the latest example of his creative quality that has been absent from United’s midfield for far too long.

The belief and togetherness evident at Old Trafford in the players were reciprocated by the fans as Ole’s doubters start to warm to his undoubtedly progressive project.

READ MORE: Gary Neville hits out at plans to play games behind closed doors over coronavirus

It is important not to get too carried away after a big performance and three points such as the one witnessed on Sunday. United are in the middle of a tricky run of fixtures but four points from a possible six are ‘so far so good’ by anyone’s standards. A trip to Tottenham’s new stadium and a reunion with former boss Jose Mourinho is next and a defeat would deflate the United bubble and leave them just one point above Spurs and potentially behind Wolves and Sheffield United and six points off fourth-placed Chelsea.

Although United’s game with Sheffield United is yet to be re-scheduled after both team’s FA Cup progression, April is looking a lot kinder to them. Fixtures away to Brighton and Villa come either side of games at home to Bournemouth and Southampton. All four teams are in the bottom half of the table and struggling for form. Despite this, you could be forgiven for not being overly optimistic as a United fan.

They have often struggled against the smaller teams, finding it difficult to break them down and lacking the skill to unlock stubborn defences that are happy to sit in and soak up the pressure. Even if Jesse Lingard and Andreas Periera’s effort and commitment levels are hard to knock, the talent just simply hasn’t been there this season. The creative attacking spark has been lacking all campaign and Solskjaer’s has had very few options off the bench with the prolonged absence of Paul Pogba and lengthy injuries to Martial and Rashford at different periods throughout the season.

However, that piece of the puzzle may have been finally solved as Fernandes could hold the key to unlocking those dogged defensive doors. ‘I think Fernandes coming into the team makes them a lot stronger in that department,’ argued Gary Neville in the Super Sunday studio. ‘And if you have got games against Brighton and Bournemouth then you can bring in players like Juan Mata in again. Where Mata struggles is on the counter-attack. When they are dominating possession then you can afford to play Mata and Fernandes and then you have got people who can create.’

United supporters will be hoping this is the catalyst to reinvigorate their Champions League push and secure a top-four place. The Europa League and FA Cup draws have been kind to the red half of Manchester and should allow them to prioritise their league form for a little while yet.

There is new hope, belief, and energy surrounding Ole Gunnar Solskjaer and Manchester United but nothing has been decided yet. The Stretford End faithful will pray this isn’t just a highlight in another disappointing season, but the turning point in a transitional period that kick-started their road to recovery.