Manchester United travel to Austria to face LASK in the Europa League Round of 16 on Thursday evening.

As reported by Manchester Evening News, the game will be played in an empty stadium will fans not permitted to enter the ground due to coronavirus fears.

This means up to 900 Reds who had bought tickets and prepared to travel will be left disappointed, but will be reimbursed by the club.

Ole Gunnar Solskjaer is still fighting on three fronts and is expecting to make several changes to his side that put in such a monumental effort against Man City at Old Trafford on Sunday.

The United boss needs to strike the balance between fielding a strong team and resting some key players with one eye on Sunday’s Premier League clash against Tottenham.

But Solskjaer won’t be underestimating their opponents, who are currently leading the Austrian Bundesliga.

Sergio Romero will resume in goal in place of David De Gea and remains one of the most reliable no.2’s in world football.

We expect Eric Bailly to be handed a start at centre-back as Solskjaer reverts back to the familiar 4-2-3-1 formation in what should be an attacking set-up.

Andreas Pereira or Jesse Lingard may be given another opportunity to impress in rotation, and Scott McTominay is likely to come in after that special moment in front of the Stretford End on Sunday.

Meanwhile, Bruno Fernandes, who came off late on against City, will be keen to play and will add much-needed quality in attacking areas.

Odion Ighalo deserves another start after scoring his first United goal in his last Europa League outing against Club Brugge. 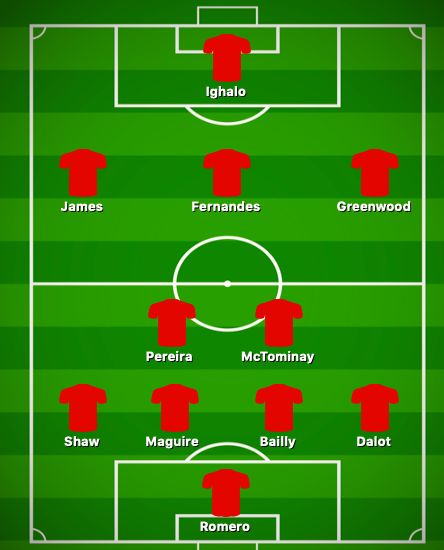