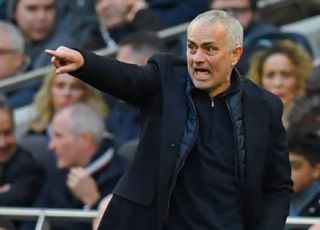 Steven Bergwijn is the latest Tottenham player to be ruled out of Sunday’s game against Manchester United.

Harry Kane, Heung Min Son, Moussa Sissoko and Ben Davies are among the players who are already on the injury list, and Jose Mourinho has been dealt yet another blow in his ambitions to reach the Champions League places this season.

The former United manager has confirmed that his new signing is unlikely to feature for the rest of the season after picking up an ankle injury in the 1-1 draw away to Burnley on Saturday.

“I don’t expect him to play this season,” Mourinho said in the build-up to his side’s Champions League second-leg against RB Leipzig, as quoted by Manchester Evening News.

Mourinho’s shortness in attacking options is remarkably unlucky and should be taken into account when judged at the end of the season.

But Spurs’ lack of attacking threat improves Manchester United’s chances of victory in North London on Sunday in what is a crucial fixture for both sides.

Tottenham, currently sat eighth in the table, have to defeat United if they have any realistic ambitions of reaching the Champions League.

Solskajer’s reds, meanwhile, are unbeaten in ten games where they have conceded just two goals. With their opponents’ only attacking threat coming from the likes of Lucas Moura, Dele Alli and Erik Lamela, there is no reason United can’t continue their impressive unbeaten record as they push for the Champions League places.