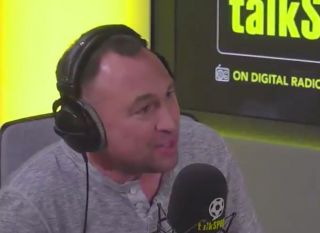 TalkSPORT co-host Jason Cundy is a little too confident that Manchester United will finish behind Manchester City again next season.

Cundy was discussing how unlikely the scenario would be with Andy Goldstein, a United fan himself.

The former Chelsea player claimed he would present a full radio show in just his pants if Ole Gunnar Solskjaer’s side can finish ahead of their Manchester rivals next season.

Remarkably, United have not finished ahead of City in the league since Sir Alex Ferguson won the title in his final season.

Since then, significant investment and impressive recruitment has left United chasing the Blues.

The Reds currently trail Pep Guardiola’s side by 15 points in the league and there is still a huge gap to make up in quality of the squads despite reason for cautious optimism at Old Trafford.

Solskjaer needs to at least close the gap on City next season and this summer is crucial in terms of recruiting the right players.

While finishing ahead of City next season is not beyond the realms of possibility, it is still very unrealistic given the quality they still have at their disposal and a world class coach in Guardiola.

👀- “If you catch City next season, I’ll stand in this room & clap with my pants on.”

🤣 – “I’ll do the show in my pants!”@JasonCundy05 might have just made a bet on #MUFC that he might regret… pic.twitter.com/bXjm3ZPyRg 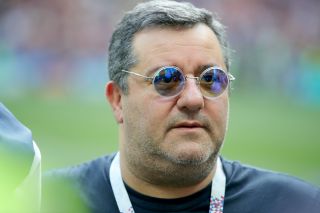