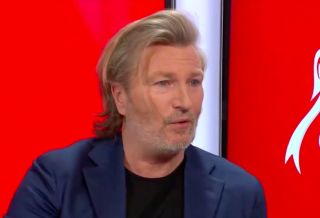 Robbie Savage believes Manchester United are within four signings from competing for the Premier League title.

The BT Sport pundit was speaking after Ole Gunnar Solskjaer’s side comfortably progressed through to the FA Cup quarter-finals with a 3-0 victory over his former club Derby County at Pride Park.

There’s reason to be optimistic for fans, with United unbeaten in their last nine outings, conceding just two goals.

But despite their best run of the season, the Reds are only fifth in the league table as they fight for a Champions League spot.

Qualification for Europe’s elite competition could seriously accelerate Solskjaer’s rebuild this summer, with more players being persuaded over the Norwegian’s project at Old Trafford.

This is a crucial upcoming transfer window and there are several areas that seriously need addressing within the squad.

United must sign a right-winger and a striker, but there should also be consideration over another proven centre-back to partner Harry Maguire.

Realistically, this is not a football manager save and we don’t expect the club to be able to complete all these deals in one window.

But there is no reason that the club cannot wrap up a double deal for Grealish and Sancho, whom they are already heavily linked with.

Where do Man Utd need to strengthen to get into the title picture? 🤔