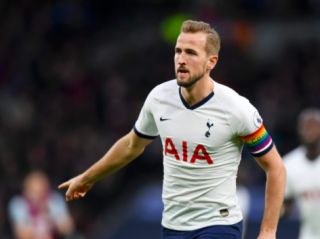 This summer window is crucial for Ole Gunnar Solskjaer in shaping his squad with several additions necessary to accelerate the rebuild.

And a host of names including Jadon Sancho, Jack Grealish, Kalidou Koulibaly and James Maddison have all been linked with a move to Old Trafford.

An area, by Solskjaer’s own admission, that United need to strengthen this summer is in attack. The Reds need a proven natural goalscorer to finally replace Romelu Lukaku who is now flying at Inter Milan.

Solskjaer shouldn’t be criticised for allowing the wantaway Belgian to leave Old Trafford last summer, but it is the fact that he wasn’t replaced adequately that was so frustrating.

The deadline day addition of Odion Ighalo smelt of desperation but was certainly necessary to bolster attacking numbers.

However, Solskjaer will be well aware that Ighalo isn’t the long-term answer and a striker needs to be brought in to provide competition for the enigmatic Anthony Martial.

The Frenchman has scored 10 Premier League goals in 21 starts this season and is heading for his best goal tally in a season for the Reds.

But question marks still remain if he is best suited to leading the line at Old Trafford.

One man’s goal record that cannot be disputed is England and Tottenham forward Harry Kane.

According to a report from Goal, Kane would prefer a move to United rather than seeing out Jose Mourinho’s rebuild at Tottenham.

If these reports are believed, the Reds have every reason to make their best attempts to sign the Three Lions captain this summer.

Kane may be injury prone, but he is an outstanding goalscorer who can contribute well in attacking build up. At 26, he would also help facilitate the development of superstar in the making Mason Greenwood.

But a move for Kane would appear very unlikely due to the price that Spurs chairman Daniel Levy would demand for his star man.

Kane is currently out injured but is looking to return before the European Championships begins this summer.

This is what some United fans on twitter made of the Kane transfer links:

So Harry Kane would consider a move to United. If the right deal could be done, then it is good, but I suspect the price would be excessive and where does that leave Rashford, Martial and especially Greenwood ? Any thoughts ? #mufc

Harry Kane and Manchester United? Match made in heaven. Has been a loooong time coming. #mufc #GGMU pic.twitter.com/UOyU2s4DQW

"Ole's got no pulling power"

Grealish: He wants to join United.
Sancho: excited by the prospect of join Solskjær's United
Kane: #MUFC won trophies & have a history
Maguire: F**ed off Leicester & City for United.
Fernandes: The only team I wanted to join was #MUFC #OleThings pic.twitter.com/25Zkl1O0CV

Bruno is the only one we got right now tbh. Over-reliability on Pogba got us nowhere the last few years though he did really well in patches. Like you said, our priority signing must be Grealish and Sancho. If we can seal those deals quick, Kane must definitely be on the agenda

Kane, Sancho and Grealish should be a great window for us…#MUFC

I’d take him!! When fit he is very good and knows the English game (obviously) plus we have a good record with forwards coming from spurs

This is a top signing 😍 even with his injuries records his goal scoring records are massive, this is the best signing we can ever have

I think it’d be great. At 27 years old (in June) we would get a 4 year contract out of him and then at that point Greenwood would be a superstar that he’s helped groom. The injury prone part helps Greenwood rotate in further more.

He brings the effort level that we need from a striker. I think he has the qualities we need and yea tony is good but no I don’t think he has the constant drive to be world class or a GB winner which we need to win the league

We need a striker, he is a great striker. Seems like a good match to me. Honestly are we going to get anyone better then him?

Harry Kane would be absolutely fantastic at Manchester United

However I would prioritise elsewhere for now

Kane would cost 150 million atleast however we could use this money first on a right winger and maybe Grealish if Pogba goes#mufc pic.twitter.com/dmJ75B1Eit