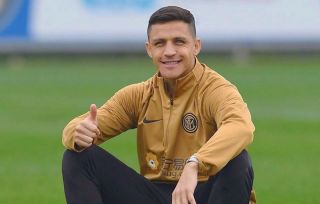 Alexis Sanchez has been told that he must agree to cut his £400,000-a-week wages if he wants to complete a permanent move to Inter Milan, Tuttosport reports (via ESPN).

There has been growing fears that Sanchez could end up back at United next season with Ole Gunnar Solskjaer publicly being open to the idea.

We’re not falling for that though. No way does Solskjaer want Sanchez back at United and he’d definitely prefer to see someone take him on a permanent basis.

He offered little to nothing during his time at Old Trafford and we’re finally starting to see hunger in the squad again. Throwing Sanchez back in the mix would be ridiculous.

It now appears as if Inter are willing to complete the full deal — but only if Sanchez agrees to terms.

After spending a chunk of this season out injured, Antonio Conte would be taking a big risk with Sanchez, but the sooner he’s not our problem the better.

In other news, The Independent is reporting that Real Madrid consider Mauricio Pochettino to be a potential replacement for Zinedine Zidane.

There is said to be a growing pressure in Madrid right now despite the win over Barcelona, with the loss to Man City in the Champions League adding fuel to fire.

Pochettino has been linked with the United job too. He was recently spotted with PR man Neil Ashton, as reported by Football365.