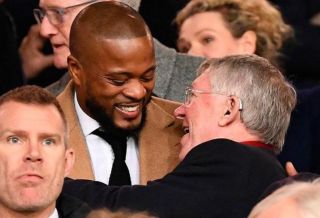 Patrice Evra is one of the funniest footballers around.

The former Manchester United left-back is by far my favourite follow on Instagram. He spreads positivity and is never shy of something funny.

Imagine what it must have been like for the dressing room when he left Manchester United for Juventus. A popular figure was undoubtedly missed.

Evra has done a hilarious face swap with Sir Alex Ferguson and ex-teammate Park Ji-sung, and used the caption to apologise to his former manager, who we’re sure won’t mind.

In a world where a lot of people take things too serious, Evra always delivers.