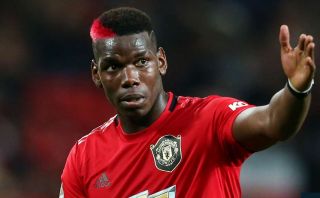 “I think he will return to Juventus,” Sissoko, who left Juventus in 2011, told the Daily Mail. “He will come back due to situations that have arisen.

“Everything suggests that he will abandon Manchester and England and Juventus is a club that knows him and where he is loved and respected unconditionally.”

Having already retraced his steps on one occasion — when returning to Manchester United for a second spell in 2016 — a similar move could take Pogba back to Turin.

A move back to Italy has been mooted for some time, along with talk of long-standing interest from Real Madrid, and he’s made just eight appearances this season due to injury.

United fans won’t lose sleep over the Frenchman this summer — but Ole Gunnar Solskjaer won’t want a saga to drag on and because circus-esque. That’s a real fear when Mino Raiola is at the negotiation table.

Sissoko, who spent three years at Juventus prior to Pogba’s arrival, believes the France international will push for a transfer away from Old Trafford in the summer.

If Pogba were to link up with Juventus, he would join a star-studded squad, with Cristiano Ronaldo and co currently playing for the Serie A champions.