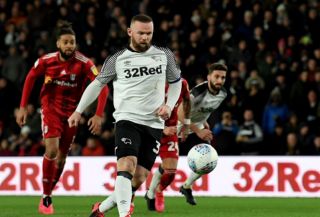 Manchester United return to action on Thursday night against Wayne Rooney, United’s all-time leading scorer, and Derby County in the fifth round of the FA Cup.

Rooney will captain Derby County as they host Manchester United at Pride Park, still, a United fan, as he said in an NBC Sports interview about the potential match-up and expectations: “I’ve come here as a Manchester United player in the FA Cup (Rooney scored the penultimate of his 22 FA Cup goals for United) and I know what it means to the fans, the players, the staff to have Manchester United come in,” he said. “It’s a big day for a football club, and a big challenge.”

Derby have lost their last eight FA Cup ties against United, and this will be a 12th FA Cup tie between United and Derby, and the fourth in the last 11 years. Most recently, United beat Derby 2-0 at Old Trafford in January 2018 with late goals from Jesse Lingard and Romelu Lukaku, following 4-1 and 3-1 away wins in 2009 and 2016 respectively.

The last time the Rams beat United in the FA Cup was in the quarter-finals of the 1996-97 campaign. They are looking to reach the FA Cup quarter-final for the first time since 1998-99 tournament, losing each of their last five fifth round matches.

United have advanced from 45 of their last 46 FA Cup ties against sides from a lower division so the odds are against Derby County but Rooney admitted that he liked Derby County’s odds when the draw was first made.

“We had a chance,” Rooney said. “At the time Manchester United weren’t in the greatest of form but they’ve picked up over the last few weeks.”

The last time the two teams met, Derby County came out victorious, which was last season’s EFL Cup when Derby won in a penalty shootout.

Rooney has made two appearances against United since he left the club in 2017, losing twice with Everton at Old Trafford and Goodison Park in 2017/18.