Garth Crooks has named his team of the week in his BBC Sport column — featuring two Manchester United stars who performed well against Everton in the 1-1 draw at Goodison Park on Sunday.

Everton had a late goal disallowed by VAR, while Wolves earned an important win in the battle for European qualification, come back to beat Tottenham and move level on points with the Red Devils in fifth place.

On Maguire, Crooks describes his development as “phenomenal”. He’s been a brilliant addition at the back and Ole Gunnar Solskjaer finally has leaders in his squad.

Crooks wrote: “Against Everton he was the player who immediately brought Gylfi Sigurdsson’s offside position to the referee’s attention, leading to Dominic Calvert-Lewin’s injury-time ‘goal’ being disallowed — and Maguire was right, of course. But it was also the way the England international practically lifted Fred off his feet and threw the player out of what had the potential to be an ugly confrontation with the referee that really impressed me. Now, that’s authority.”

He made 15 clearances against Everton, clearing everything they threw at him, recording two more clearances than any other player this week — according to BBC Sport.

It will come with little surprise to anyone who watched the game that Bruno Fernandes gets a nod in the team of the week. He’s different gravy and everything comes through him in the final third.

United need to look at this summer and ask how they can get the best out of Fernandes, and sign players who are on the same page as the Portugal international.

“Fortunately, United had Bruno Fernandes,” Crooks added whilst analysing the game. “His goal embarrassed Pickford, although to be fair to the England goalkeeper, he did recover somewhat. Fernandes is fast becoming the new golden boy at Old Trafford. I wonder how that is being greeted by Paul Pogba.” 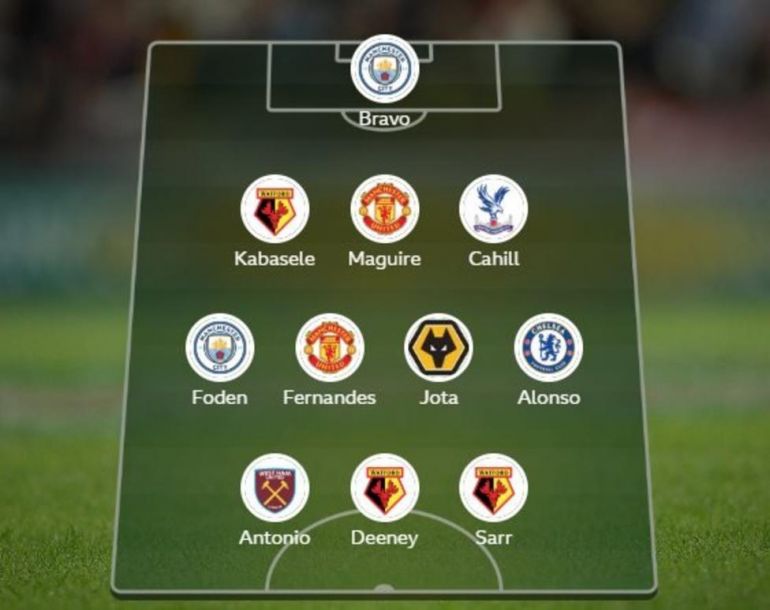 Pogba will find it hard to get back into the team when he returns. That said, it would be fantastic to see him and Fernandes in the same midfield against Man City next weekend.

That game probably comes too quick for the Frenchman.