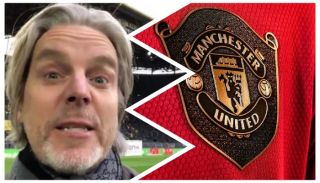 Respected journalist Jan Aage Fjortoft has claimed to have spoken to two insider journalists in Germany about the likelihood of Jadon Sancho leaving Borussia Dortmund.

Fjortoft says the reporters with inside knowledge he spoke to both confirmed Sancho’s exit from Dortmund this summer, but disagreed on where the winger will end up playing his football next season. He will have a pick of several clubs — but a lot will come down to financial power, and we are not convinced Liverpool will be able to go toe-to-toe with United, as suggested below.

One “very experienced journalist” said Manchester United are sticking tight with Sancho as a transfer target and expect to sign him in the summer.

However, the other said “Sancho will go to Liverpool” — with Jurgen Klopp cited as the potential deciding factor, as is the case we’re led to believe with every player that comes from Dortmund whether he managed them or not.

Liverpool seem to be going big for RB Leipzig striker Timo Werner at the moment, so it will be interesting to see where the England international is at the start of next season.

According to Bild (h/t Metro), the Scousers will try to sign Werner in the summer should he reject an extension and the striker may potentially be available for a cut-price £36m.

Werner has a big call to make in the coming months, and his team-mate Yussuf Poulsen says it’s a tough predicament for the player:

Leipzig's Yussuf Poulsen discusses Timo Werner to Bayern Munich, telling Sport1: "He has to figure out for himself whether it is the right time or not. If you're in a position like Timo performing well over many years, when a big come calls, it makes you think." #FCBayern #RBL

Meanwhile, the Mail claim Barcelona and United are also interested in Werner.

Maybe if Liverpool didn’t sign Takumi Minamino in January they would free up more funds and challenge for Sancho. I don’t believe for one second they’ll meet Sancho’s demands and sign Werner too.

Check out the video below (via ViaSportFootball/Jan Aage Fjortoft):

Where will Sancho play next season?

I asked two “insider – journalists” here in Dortmund that question.

They were both very clear!!

One said Manchester United
The other one said Liverpool

I will tell you WHY they said that @ViasportFotball pic.twitter.com/0E2YSGHKM6

Dortmund won their game against SC Freiburg, thanks to a goal from Jadon Sancho!