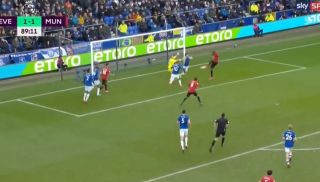 Watching Everton score after this was a huge blow. One second we thought the winner was ours, then seconds later they thought it was theirs — only to be denied by VAR.

Although the late drama makes this feel like a point gained, United started the game really well but shut off after Bruno Fernandes’ first-half equaliser. Ole Gunnar Solskjaer’s side never got going after the break and that allowed Everton to pile pressure on.

Any spark from United in the second half came from Fernandes, with the Portugal international putting in another classy display for the Red Devils.

The former Sporting Lisbon playmaker didn’t get the first touch he would have wanted and didn’t really connect with his shot on goal.

Ighalo was then denied by brave goalkeeping from Jordan Pickford — making amends for his questionable positioning for Fernandes’ goal.

Check out the double chance below (footage courtesy of Sky Sports): 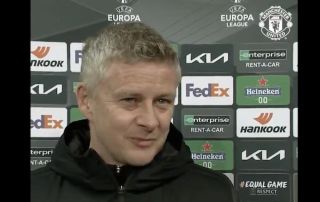