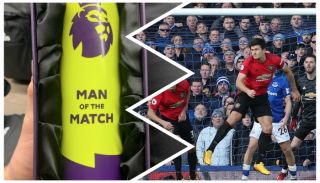 Harry Maguire was deservedly handed the man of the match award after his heroics against Everton at Goodison Park.

Everton put Manchester United’s defence under pressure at times today — but only managed to score because of a goalkeeping howler.

Their route into the box was crossing and high balls, so maybe Victor Lindelof wasn’t the best to partner Maguire at the back today.

The England international still did a brilliant job at the back to clear any danger.

He took to Instagram after the match to show off his man of the match award, as seen in the picture below: 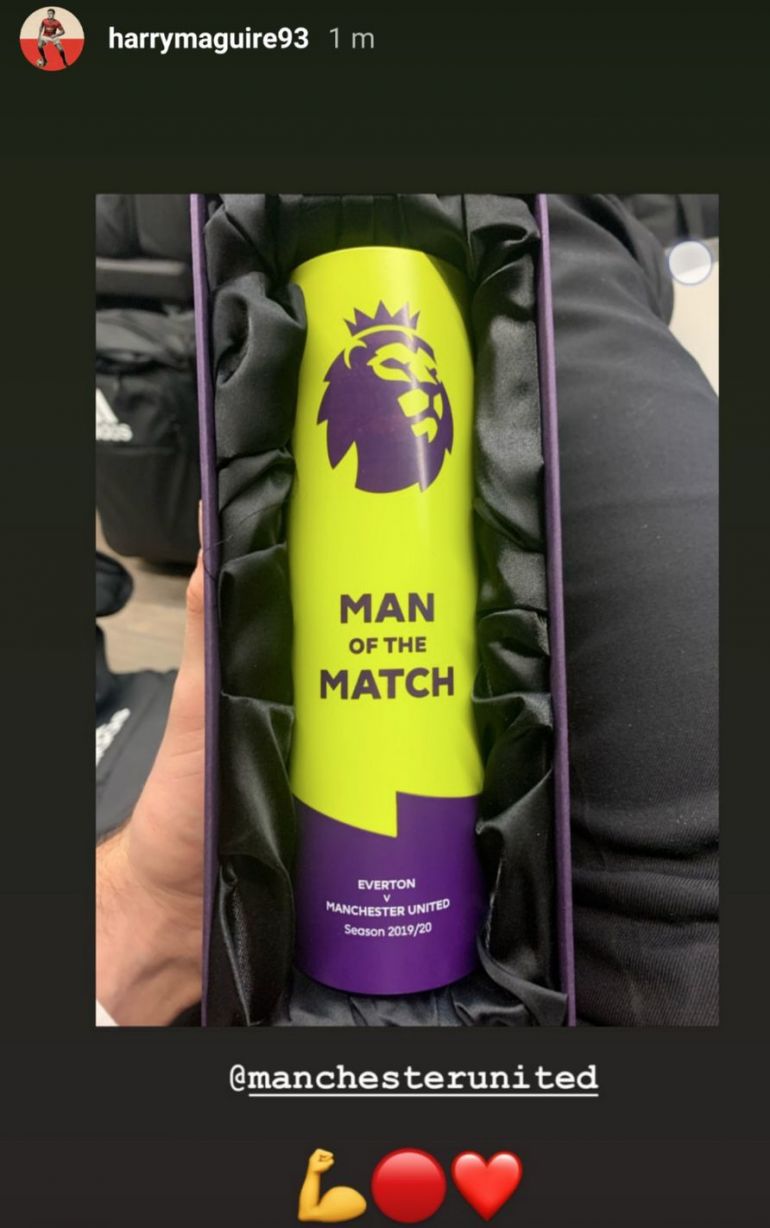 Obviously, he is unhappy with the result and the fact we didn’t come away with a clean sheet, but we’re starting to see a leader at the back again.

He used Twitter to tell fans we need to keep building and improving.

Not the result we wanted but shown great spirit to fight back after going behind so early. Keep improving and building. Thanks for your support. 🔴❤️💪 #MUFC pic.twitter.com/Z6nmW3gNWy