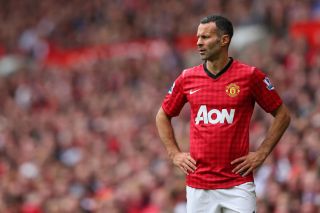 A plethora of Manchester United stars from our glittering and illustrious history are to receive further recognition by the Premier League.

Following in the footsteps of its Football Association counterparts, the league is set to introduce its first ever Hall of Fame, as per Sky Sports.

The first two players will automatically be inducted in March with any future inclusions to be voted for by us fans. It’s for players only, they must have retired from the game and inductees will be chosen based on exceptional skill and talent since the competition’s inception in 1992.

So many genuine world-class talents have plied their trade is the self-proclaimed best league in the world over the best part of three decades and my entire lifetime, it seems a nigh on impossible task to whittle them down.

Love them or loathe them, when it comes to selections and memberships regarding the best of the best, you can always generate intense debate over who should get the nod and why. The usual suspects have been touted and championed so far – Ryan Giggs, Alan Shearer, Thierry Henry, Eric Cantona, Steven Gerrard, Rio Ferdinand and Patrick Vieira et al, to name but seven.

I reckon you must have either won a league title, broken records or both. The names above all fit the criteria and, so too, does a certain Ryan Joseph Giggs. The current Wales manager and United icon is surely a shoe-in for one of the first two places in the new Hall of Fame.

A pin-up boy synonymous with longevity and loyalty, Giggs is and was, quite simply, the greatest player the Premier League has even seen. One of only 28 players to have made over 1,000 appearances, he scored in each of the league’s first 21 seasons and won 13 Premier League title medals – not to mention four FA Cups, two Champions Leagues, three League Cups and the FIFA Club World Cup. A one club man, he holds a string of ridiculous individual gongs, has the most assists in the history of the Prem (162), and is the record appearance maker for both United and the league in which he plied his trade.

“Giggs will team you apart again” still reverberates around Old Trafford to this day. A gold standard, silver plated career, Giggs time at the top is unrivaled by friend and foe alike. No doubt he will be inducted into the Hall of Fame but he should be – along with either Shearer and Henry – one of the first names on the team sheet. It’s a no-brainer, a view backed up by former West Ham and Spurs manager Harry Redknapp, according to BBC Sport.

Both men had differing styles but are widely regarded as two of the greatest net-busting exponents of their craft the Premier League has ever seen. They too, fit the criteria above with Shearer a league title winner at Blackburn and the all-time top scorer for both Newcastle and in the history of the league. Henry’s place in greatness is already assured as an integral part of Arsene Wenger’s all-conquering Arsenal and, last year, he was voted the best overseas player in a Match of the Day poll. Henry, like Shearer, is his club’s all time leading goalscorer and is the only player ever to win the Football Writers Player of the Year award three times.

As 13-time Premier League winners, it stands to reason United are going to dominate the Hall of Fame. It doesn’t seem right that Sir Alex has no place in a Hall of Fame somewhere (this being a player-only gig), but there are plenty of other candidates from our club. As two totemic managerial legends at the heart of the most compelling rivalry we’ve ever witnessed, it seems a travesty that the contribution of Messrs Ferguson and Wenger will be overlooked.

As Zinedine Zidane once said, when asked: “How does it feel to be the best midfield player in the world”, he replied: “Ask Paul Scholes.” Scholes gets the nod, so to will Cantona, Peter Schmeichel and Gary Neville. What about Rio Ferdinand? Nemanja Vidic? Patrice Evra?  Even someone like the ever-reliable but under-rated Mr Consistent Denis Irwin and Nicky Butt deserve a mention. There’s simply too many to pick from to make a fair and reasonable case, here.

David Beckham may not have boasted the swashbuckling skills of Cristiano Ronaldo, the playmaking ability of a Scholes or the combative, competitive and tough-tackling style of Roy Keane, but there’s never been a better crosser or set piece specialist in United history. Becks transcended the sport and was an inspirational, talismanic figurehead to millions of football-mad youngsters in the UK during the 90s and 00s. Before both players left Old Trafford under a cloud, Beckham’s lethal, telepathic link up with Ruud van Nistelrooy (another potential inductee) was a joy to behold as one of the finest winger/striker pairings in the land. Becks deserves to be included in any “best of” selection.

So, there you have it. It’s simply impossible to say who gets in from a club with such storied success throughout the Premier League era. We haven’t even mentioned anyone from Jose Mourinho’s first great Chelsea team yet – the likes of Frank Lampard, John Terry, Petr Cech, Ashley Cole and Didier Drogba. I don’t always necessarily agree with these Hall-of-Fame type gimmicks, but there’s no denying it makes for good discussion and fevered debate.

The first two names will be revealed on 19 March. From Fergie’s Fledglings to the Hall of Fame – quite the recognition for an exceptional group of players who went on to become the unstoppable force that was the best club side ever to grace English shores.