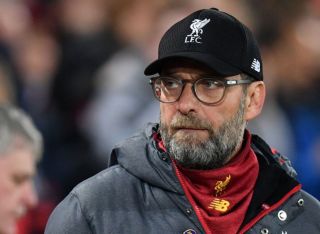 According to the Telegraph, there is no guarantee Liverpool would be crowned Premier League champions if the season was curtailed by the coronavirus.

That also means there is no guarantee the bottom three clubs would not be relegated because there is “no specific regulation in place governing such a scenario.” The rapid spread of the virus has seen Governments worldwide cancel sporting events, as is the case with Ireland’s RBS Six Nations clash against Italy.

This could mean that some fixtures never get played.

If the season could not be completed, surely talks would take place to determine whether previous results would be allowed to stand? The whole campaign should be forgotten about.

Liverpool are on the verge of winning their first league title in 30 years, but if people’s lives come under threat, sporting events will continue to be canceled.

Italy, described as “the epicenter of coronavirus in Europe” by the New York Times, has continued to pose problems for the rest of the Continent on Friday, with Northern Ireland and Wales experiencing their first cases on Friday.

The number of cases in Germany has nearly doubled by Friday — to 53. France has 20 new cases, bringing the total there to 38.