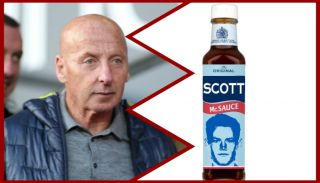 It could be a season defining game for the Red Devils tonight, who took an away goal from the first leg in Bruges, which finished 1-1. Anthony Martial scored an equaliser that night but misses tonight’s game after picking up an injury during a training session yesterday.

Thomas, who played in midfield for United during the 80s, took to Twitter after the team was announced to give his thoughts.

As seen below, Thomas is also happy to see Odion Ighalo get his first start for the club.

Delighted to see McTominay back in the team. Big night for Ighalo. Massive opportunity with some big games on the horizon. And more importantly we progress through to the next round. #MUFC

Ighalo already became the first Nigerian footballer to sign for United last month. With the seriousness of Martial’s injury unknown, this could be his chance at a run in the team, yet that would come as a blow to Ole Gunnar Solskjaer now that the Frenchman has found goalscoring form.

Kick-off is approaching and we’ll have updates throughout the game. Thomas ended his tweet by stating the importance of a result tonight.

The Europa League is a route into the Champions League after all.