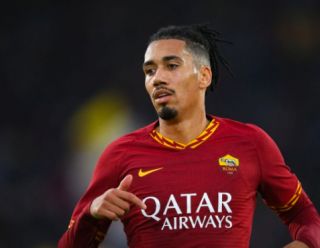 The central defender has enjoyed his season long loan spell in Rome after falling out of favour with Ole Gunnar Solskjaer at Manchester United.

And according to Italian publication Calciomercato, the Serie A giants are accelerating their attempts to sign the Englishman when his loan runs out at the end of the season.

The report claims that Smalling has convinced everyone at the club with his impressive performances, and officials are now working hard to get a permanent transfer over the line.

However, it is believed they are facing stiff competition from Jose Mourinho’s Tottenham, who are also keen on securing Smalling’s services.

This is why Roma are aiming to speed up transfer negotiations so they can ward off interest from the Premier League club.

Smalling will obviously know Mourinho well from his time at Old Trafford and could be tempted by a return to England.

But the 30-year-old, who has made 20 Serie A appearances this season, is said to be enjoying his time in Italy and would like to stay beyond this season.