Manchester United’s head of scouting was spotted at a Real Sociedad game.

It’s likely that all eyes were on Norway international Martin Odegaard, currently on loan at Real Sociedad from Real Madrid, who is enjoying a fine season in La Liga.

The playmaker has long been considered an exciting prospect, but saw his career stall for a few years after an initial breakthrough as a teenager. It seems as though too much was expected him at from a young age after signing for Los Blancos. Now the world is at his feet again, and he could still head back to the Bernabeu as long as he’s wanted.

The 21-year-old looks to be finding his feet and could act as an alternative to Jack Grealish in the transfer market. His fellow countryman Ole Gunnar Solskjaer could do with more creativity in the final third, and Odegaard could be available this summer. 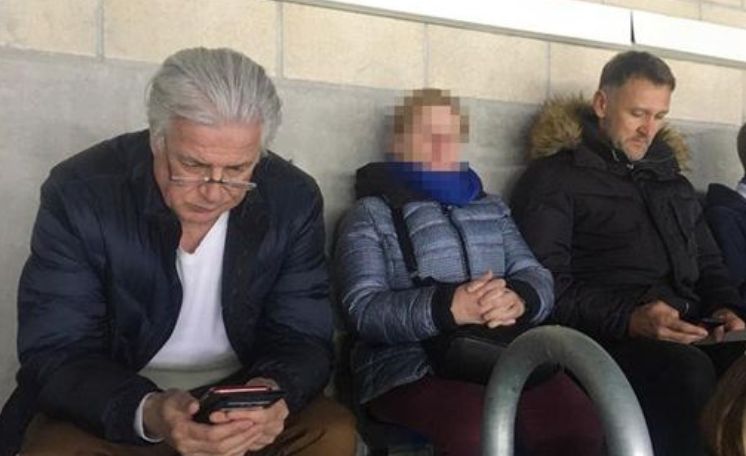 It remains to be seen how realistic this deal is, but it seems United are sniffing around, with El Diario Vasco reporting on the club’s chief scout Marcel Bout being spotted keeping tabs on him, as seen in the photo above.

The report was since cited by the Manchester Evening News.

El Diario Vascio’s report did not name Bout but said: “The second observer (Bout) came from Holland . He did not want to reveal more details of his company or if he represented a European club.”

Real Madrid have a wealth of talent out on loan, and Martin Odegaard is the pick of the bunch | @stighefootball

United completed the signing of Bruno Fernandes last month and he has settled super quickly with more than one man of the match award, one goal and three assists.

This summer we are supposed to continue or rebuild and the only way Solskjaer can prevent talk of another manager coming in is by finishing in the top four and securing as Champions League spot.

Odegaard would be an improvement on Jesse Lingard and Andreas Pereira — both linked with a move away from Old Trafford this summer — and he’s a lot younger with even more potential.