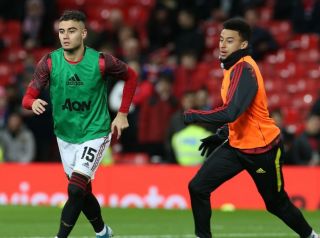 There are several members of the Manchester United squad who face being axed this summer unless they improve between now and the end of the season.

Managers have come and gone but Ole Gunnar Solskjaer is still trusted with the job. More deadwood is expected to go through the exit door this summer.

According to a report from The Express, Jesse Lingard and Andreas Pereira are prime candidates to leave after the pair were dropped from the squad for the 3-0 win over Watford.

While the pair are attack-minded players they offer very little in the first third, unlike Bruno Fernandes who arrived last month only to make an instant impact.

Lingard has yet to score or provide an assist in 20 Premier League games, while Pereira hasn’t done much better with only one goal and three assists in 23 outings.

That’s embarrassing for players at this level, especially when you play for United…

It is mentioned in the story that moving on these two players could see the Red Devils sign Aston Villa’s Jack Grealish.

What an upgrade that would be!