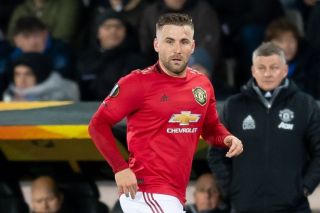 The left-back faces stiff competition in the squad following the emergence of Brandon Williams this season, but in recent weeks Shaw has improved, even whilst playing in a back-three.

One of the first questions Shaw faced was on Solskjaer’s man management. He responded by saying the players enjoy working under the Norwegian.

“He has been unbelievable and has brought a smile on our faces,” Shaw said, as quoted by Manchester Evening News. “Of course you see with him, he has been brilliant and the lads are really enjoying it, more so now we are getting better results.

“We have got an important second half of the season, Ole has been great and we enjoy working under him.”

Despite being very inconsistent this season — positioned fifth in the Premier League — the players have not turned on Solskjaer, as was the case with former managers Louis van Gaal and José Mourinho.

Shaw will hopefully kick on now and become the defender we thought he would after joining from Southampton in 2014. The bad leg break stalled his development but in the past few weeks he’s been back to his best.

The England international wasn’t involved when United won the Europa League back in 2017. He will hope we’re successful again this season and he’s part of that winning team.

“It is a massive ambition for me,” Shaw added. “I was there for the Europa League final, and the feeling, even though I wasn’t on the pitch was a feeling I have not felt and I wanted more of. I wasn’t involved and that is what is pushing me on even more to get into this final, and others. We should be in finals and we should be in all competitions until the end. We are very confident at the moment.”