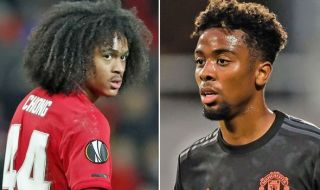 The performance was uninspiring, but the result was satisfactory.

A United side without the likes of De Gea, Fred, Fernandes and Wan-Bissaka, as well as the injured McTominay and Rashford, managed to get an away draw against a side that drew at the Bernabeu earlier this season.

The positives don’t tell the full story however, as Solskjaer’s side were lucky to come away from Belgium with anything other than a defeat after a desperately poor opening 35 minutes until Anthony Martial stepped up to net his 14th goal of the campaign in all competitions.

Whether you’re #OleIn or #OleOut what is clear on the back of Thursday’s performance is that with seven games in 21 days and the need for rest and rotation more prominent than ever, the United manager has one arm tied behind his back when it comes to the lack of squad depth.

The drop-off from Bruno Fernandes to Jesse Lingard, Andreas Pereira and Juan Mata was evident throughout the match but was dramatically highlighted when the Portuguese playmaker came on for compatriot Dalot in the final ten minutes and contributed more than any other United midfielder had throughout the entire match.

On a night where youngsters such as Rangers Hagi and Arsenal’s Saka shone, you can’t help but feel the likes of Angel Gomes and Tahith Chong just may have been able to have a similar breakout moment were they given the chance. Although both youngsters have had some opportunities this season (Chong has started four games and Gomes three) neither have been able to force themselves into the managers first-team plans.

Both of the academy graduates will be out of contract in the summer and free to sign with other clubs although Solskjaer is still hopeful a deal can be struck, “We’re still in talks with them…He (Chong) played really well against Wolverhampton in the FA Cup and I’m very pleased with him. The boys have a great attitude. They’re absolutely top-class boys and we’re doing what we can to keep them because in a few years we can see them becoming very very good players.” (quotes via Manchester Evening News)

With fans ready to cut ties with Lingard and Pereira and Mata’s best days evidently behind him, many United supporters are keen to see the next generation coming through, something the twenty-time champions have always prided themselves on. The money raised from the sales of the aforementioned players and the wages relinquished would free up funds for moves in the summer transfer window whilst also creating space in the squad for the likes of Chong and Gomes.

Whilst the contract issues appear to be out of Ole’s hands, the club are treading an extremely precarious tightrope. Another Pogba situation, where United let promising youngsters go due to lack of game time only to buy them back for extraordinary fees, would be the final nail in an already buried coffin for Ed Woodward and the Old Trafford hierarchy.

Chong and Gomes may yet prove to be below the standard required at United, but they have not been given enough opportunities to prove otherwise. Despite this the club and manager continue to prevail with players who have already shown that they don’t have the quality to return Manchester United back to where they belong.

The paradox of not starting players until they have signed a new contract, who are reportedly only refusing to extend their deals due to a lack of minutes on the pitch, is a baffling scenario that only seems possible at United in this modern era.

Fans can only hope that a solution can be found that suits all parties before their contracts run-out and they aren’t watching them flourish at another club next season whilst continuing to bemoan the lack of quality before them.