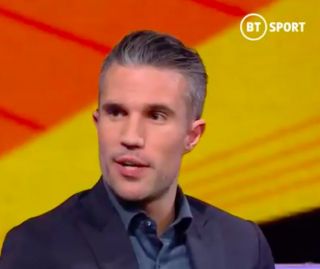 Robin Van Persie was thrilled with the impact Bruno Fernandes had from the bench against Club Brugge this evening.

Fernandes made way as one of six changes to Ole Gunnar Solskjaer’s side that defeated Chelsea at Stamford Bridge, and had to settle for a ten minute cameo at the end.

The Portugal midfielder could not provide the decisive moment in the game, but made an immediate impact as he added enthusiasm, positivity and quality to United’s midfield as they pushed for a late winner.

Solskjaer will be content with a draw in Belgium but it’s now all to play for at Old Trafford in a week’s time.

Anthony Martial capitalised on a Brugge mistake to score a vital away goal after the home side had taken the lead after some calamitous defending.

Listen to Van Persie’s thoughts on Bruno’s impact below, as he describes the 25-year-old as a joy to watch (courtesy of BT Sport):

"With top players, you can tell straight away he has something."

"Silky on the ball, a joy to watch!"@Persie_Official was very impressed with Bruno Fernandes' cameo against Club Brugge 🇾🇪 pic.twitter.com/H6Kiik0Qmn