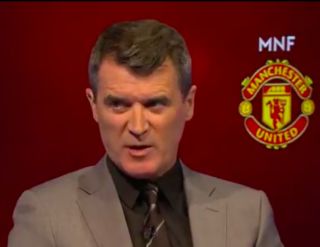 Roy Keane was never the fondest of Arsenal as a player and has provided a hilarious verdict on their celebrations this weekend.

Mikel Arteta’s side defeated Newcastle 4-0 at the Emirates for just their seventh win of the season as they moved to within one point of Manchester United in the Premier League table.

All four goals were scored in the second-half and prompted jubilant scenes at the final whistle in North London.

But Keane wasn’t impressed at all with the overzealous celebrations, claiming he would have thought they were ten points clear in the league.

Listen to the United great’s brilliant reaction to Arsenal’s celebrations on Monday Night Football ahead of the Reds taking on Chelsea, via Sky Sports.

You can say what you like about Keane but he’s always value for money!

"I thought they were ten points clear at the top with those celebrations. Ridiculous." 😂