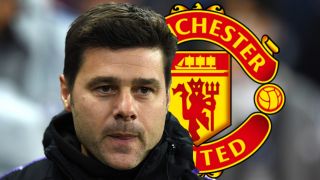 Taking over at Manchester United remains Mauricio Pochettino’s main objective it would seem.

According to Duncan Castles of The Transfer Window Podcast, the former Tottenham boss has ‘a great interest’ in replacing Ole Gunnar Solskjaer at Old Trafford.

Speaking about the Argentine, Castles noted his search for a new job, saying, “He has been looking for another job and the latest information I have is that he has a great interest in being United manager.

“And there have been conversations with Pochettino and his representatives. Discussions have been put in place about the possibility of him becoming United manager. These are also newer discussions which have taken place in the last year.” (Quotes via the Daily Express)

Castles believes Pochettino would get more out of the current United squad, who currently sit eight in the Premier League, but ultimately thinks he will want to bring in the type of players that suits his style of football, which ought to be a demand for any manager really!

“He would get the team playing more attractive football,” he added. “I don’t think you would see Pochettino frequently lining up with five at the back and low-block and trying to counter-attack all the time.

“He certainly wouldn’t be happy with that as a long-term strategy. So yes he will get them to play better football.

“With better resources than he had at Tottenham in terms of financial resources, the squad needs significant improvement and Pochettino would want to be part of that, redirecting it and changing it to fit his style of football and to win things, that would help.”

It sounds like something is brewing between United and Pochettino, and Solskjaer won’t be long about finding out for himself. Even he must think the inevitable is around the corner, especially if the Red Devils fail to finish in the top four.

After bringing in two players last month, Bruno Fernandes and Odion Ighalo (on loan), United need to push on for the rest of the season.

Goals win you games and we haven’t been scoring enough of them this season.