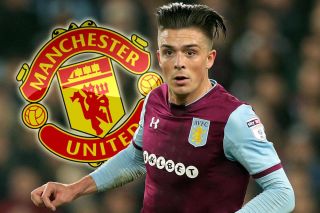 Both players are up there with the best playmakers the Premier League has to offer and it sounds like Man Utd are spoilt for choice.

Maddison has netted nine goals while providing three assists in 30 appearances across all competitions while Grealish has amassed nine goals and seven assists in 27 matches.

READ MORE: Van Dijk is the only Liverpool player who would get in Man Utd’s 1999 team, says McClaren

According to The Sun, United are keen to land the duo even though it could cost them £160m; £90m for Maddison and £70m for Grealish.

They’ve both been in fine form this season but it’s the cheapest of the two who has performed best. Grealish has done excellent in a struggling Aston Villa side and will hope he can help them avoid relegation.

The Red Devils need some reinforcements in the summer to help build momentum and raise expectations as well. United should be fighting on all fronts for silverware and Ole Gunnar Solskjaer’s squad requires lots of work and we can’t be sure he’ll be in charge come the summer, with Neil Ashton pictured with former Tottenham manager Mauricio Pochettino.

Should Paul Pogba leave Old Trafford, United could use the proceeds from his transfer to sign both midfielders, which would be fine as long as a defensive-minded midfielder is brought in too.

These two signing would add a lot of creativity to United’s midfield, especially alongside Bruno Fernandes who has just arrived from Sporting Lisbon.

We should consider how poorly United tend to negotiate with potential deals dragging on for months at a time. It seems very unrealistic that Ed Woodward will be able to strike a deal with the two clubs in question.