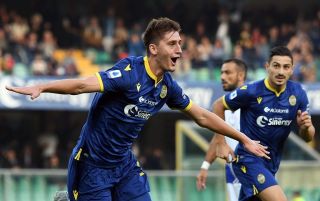 The 20-year-old has made 18 appearances for the Serie A side this season, impressing and scoring a goal against Sampdoria  in October, and there are several top clubs said to be chasing his signature.

A report from Italian newspaper Tuttosport (via GOAL) claimed that Man Utd and Man City are both interested in Kumbulla. The Mail claims both sides as well as Liverpool and Borussia Dortmund are keen on the Albanian who is current rated as a potential £25m signing.

Verona have had a surprisingly good season as a newly promoted side managed by Ivan Juric. They are currently sixth in the league table and on an eight-match unbeaten run with a recent 2-1 win over champions Juventus.

As far as United are concerned, we may dip into the transfer market to sign another centre-back this summer, with a world-class addition needed to partner Harry Maguire. Someone quickVictor and someone better than Victor Lindelof in the air. 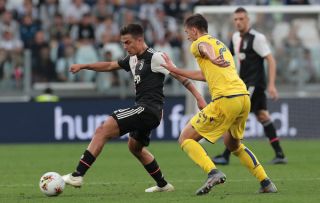 Marcos Rojo and Chris Smalling are both likely to leave the club in the summer and one of them will definitely need to be replaced.

How Phil Jones still has a contract at United is inexcusable.

So, something needs to happen this month as United attempt to rebuild the squad.