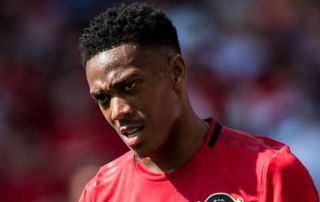 Manchester United have been told where they need to improve by former coach Steve McClaren.

Let’s put his managerial career aside for a moment, remembering only his time as Sir Alex Ferguson’s assistant.

Man Utd are pushing for a top-four finish in the Premier League and bolstered their ranks ins January by signing Portugal international Bruno Fernandes.

However McClaren, who coached Ole Gunnar Solskjaer at United between 1999 and 2001, believes more work is needed in the transfer market.

READ MORE: Van Dijk is the only Liverpool player who would get in Man Utd’s 1999 team

He’s right. You’ll see Man City and Liverpool strengthen in the summer despite having much better than seasons than us. It seems like the Glazers are ignoring the fact we’ve some way to catch up.

McClaren stresses that United have a strong platform to build upon but further recruitment is needed.

“The first job is to get those characters of leadership, or people who can become leaders, back in at Old Trafford, back one that training ground,” he told Sky Sports (via Manchester Evening News).

“When I look at that back four, [David] De Gea, [Aaron Wan-Bissaka was a tremendous signing, [Victor] Lindelof getting better, [Harry] Maguire perfect, [Luke] Shaw, and the young boy [Brandon] Williams behind him is also a very, very good player.

“So the back five are nice and solid and strong. What a base that is. You start from that, a great base.

“This is where they’ve been struggled [in midfield and attack]. Fred is getting better, more confident, but he likes to roam around. None of their players like to sit in there [in front of the defence]. Fernandes has a key role.”

Wait a second… has McClaren paid any attention to United this season?

He’s right about us needing qualify signings and leaders, but Lindelof has not kicked on from last season, nor has Maguire been ‘perfect’.

McClaren went on to criticise Anthony Martial as he questioned whether the France international is capable of leading the line for the Red Devils, saying, “The key one is Martial. Martial is not a number nine, he’s not a striker. All his best moments are on that left side, that’s where he plays.

“He cannot play down the middle on his own.”

That is rather damaging for Martial’s chances in the team. Marcus Rashford was shifted out to the left because that’s where all of our goals were coming from, even while Martial was out injured.

Now he’s struggling to score goals but is likely to be played out wide again in Rashford’s absence — with Odion Ighalo being the temporary centre-forward.

The Frenchman is running out of time.