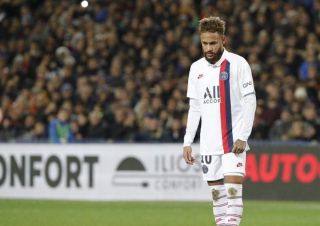 He went as far as saying he has modelled much of his career around Becks.

The PSG star is regarded as one of the best players in world football, but like Beckham, there is constant coverage of his luxurious lifestyle off the pitch.

Neymar is not shy of posting about his nights out on Instagram, which you could say shows he asks for attention and wants to be in the media spotlight.

However, Neymar was a child when he first became aware of Beckham and subsequently went on to study his game.

“I remember when I was younger I always followed all types of players, all the big players.

“For the person he is, the football he played, I think everything came from David.”

Of course, the flashy Neymar didn’t stop without mentioning Beckham’s love for fashion.

He added: “I copied quite a few of his haircuts. Many, we model ourselves after him. I think he is one of the most stylish people in the world, so we need to copy him. We are not as handsome as him, but we try to copy him!

“But players like us, who are seen as a reference, like it or not, we are treated differently for wearing a more modern outfit. I don’t think there’s anything wrong with it if it makes us feel good.

“So I thank David for being the pioneer, for opening the doors to the fashion world.”

Seriously, if there was a pioneer for a football opening the doors to the fashion world, it would be George Best.

The Belfast Boy would teach Neymar and Becks a thing or two about fashion.

We recommend visiting the National Football Museum in Manchester city centre for their section on football fashion alone. If memory serves us correctly there’s a brilliant section on Bestie’s clobber. 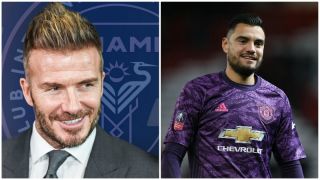