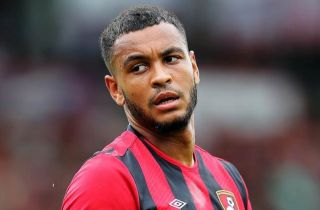 Bournemouth forward Joshua King has said he thought a move back to Manchester United was on the cards before the end of the January transfer window. He doesn’t know why a deal didn’t materialise.

Speaking to Norwegian outlet TC 2 (via Metro), the Bournemouth forward confirmed a switch back to his boyhood club was indeed in the pipeline: “How close it was I have no complete answer to. I have to watch what I say.

“I had some faith that it was going to happen. And it was a bit sensitive for me considering that I moved to England as a 16-year-old to achieve my dream and wanted to reach that goal at Manchester United.

“It did not [happen] and then I made a choice and left. When you hear that you are connected to United and a bid comes in, then the feelings you had as a 16-year-old come back to you.

Man Utd looked to king in the search for cover in the wake of Marcus Rashford’s long-term injury.

We ended up with Odion Ighalo on loan from Chinese Super League club Shanghai Shenhua in the final hours of deadline day.

According to the Daily Express, the Cherries reportedly rejected a £25m bid from the Red Devils, leaving King disappointed that a deal had fallen through. Bournemouth Eddie Howe will now hope his striker can focus on helping the team avoid relegation.

King added it would have been “a dream” to wear United’s shirt again — something he did for five years, working his way through the youth set-up and then signing a professional contract in 2009.