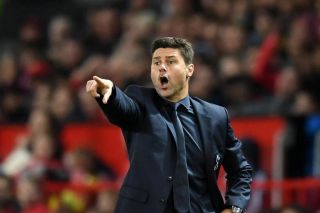 Mauricio Pochettino is reportedly hopeful of landing the Manchester United managerial hot seat after losing his job at Tottenham Hotspur and being replaced by José Mourinho earlier this season.

According to the Daily Mirror, Pochettino could have a chance of replacing Ole Gunnar Solskjaer at Old Trafford — with the Glazer family said to be concerned about falling revenues.

The Glazers are more likely to act on the managerial situation if a financial decision is to be made.

READ MORE: Dimitar Berbatov explains why Ighalo will be a success at Man Utd

United are currently walking a tightrope in their bid to clinch a top-four spot to qualify for next season’s Champions League. A win over Chelsea after the winter break is a must.

Solskjaer was a risky appointment and his lack of experience started to show at the end of the last season, almost immediately after he was given the job on a permanent basis.

He had a good start as interim manager, but Pochettino is now available and would surely be a superior long-term option for the club.

Pochettino’s record as Spurs manager puts him in a position that most big clubs would jump at the opportunity to appoint him manager. He belongs in the bracket of top managers in Europe.

Only time will tell what that means for United and Solskjaer.