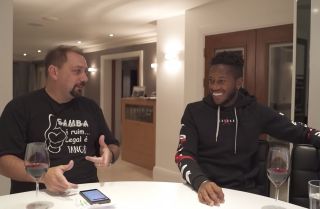 Fred has made an honest assessment on his Manchester United team-mates after the team’s disappointing form this season.

The Brazil international has been better this term after initially making a slow start to life at Old Trafford, but in a recent interview he made it clear he’s not at all pleased with how some of the rest of the squad are getting on.

Speaking to De Sola (see video below), Fred makes it clear he’s expecting more from certain players at United, accusing some of having their own agendas.

The former Shakhtar Donetsk midfielder wants to see more togetherness in the team.

“First of all we need to figure out things on the pitch, we are lacking creativity, especially in midfield.

“We also need to improve as a group, our group lacks the “sticking together” mentality, we have lots of problems.

“Vanity is also an issue and we need to stop this and just run on the pitch.

“We need to stick a goal inside our minds, focus on it and go forward.

“We need to be on the same page and today some players have different objectives, there are players that just want to solve problems alone and this is wrong.”

All you need to do is look at the Premier League standings to see there are issues at United.

If calling for togetherness within the squad, Fred probably should have taken a different port of action as this is likely to offend a few in the dressing room.

But we see nothing wrong with a few home truths.