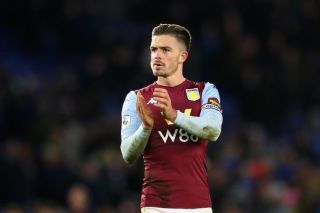 It sounds like Jack Grealish would be open to a switch from boyhood club Aston Villa to Manchester United.

The 24-year-old is reportedly ready to join the Red Devils but formal talks between the two clubs have not yet taken place.

He is widely expected to move on at the end of the season, though there wasn’t much talk about a January swoop as he presumably wanted to help his team-mates avoid relegation back to the Championship.

This report stems from GOAL who also claim Grealish has begun house-hunting in anticipating of a transfer to the Premier League giants.

Grealish has been excellent this season, outperforming Jack Maddison, who a year ago was seen as one of the best playmakers in England.

With the future of Paul Pogba up in the air, United may look to sign Grealish to work in the same midfield as new signing Bruno Fernandes. His seven goals and five assists this term would go a long way at Old Trafford — and would provably be boosted when surrounding by better players!

Pogba is currently out of action after a surrey and while he could return for the Chelsea game after the winter break, his absence has been felt for the most part this season.