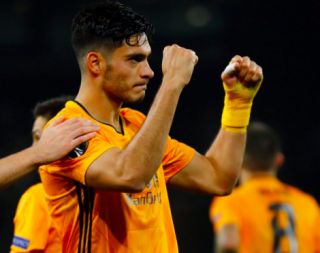 Ighalo, 30, is not the long-term answer for Ole Gunnar Solskjaer and its clear that the Reds still need to sign a striker in the summer.

Raul Jimenez is a player that has been frequently mentioned in the conversation of potential targets, and Darren Bent thinks the Wolves striker would prove a great addition to Solskjaer’s side.

“What a signing he has been,” Bent told Football Insider.

“He is a very good player who has had a great season.

“From what I’m hearing, there will be a lot of top clubs trying to sign him in the summer.

“He could do a job at Chelsea. I can see Manchester United or Chelsea coming in for him.

“Jimenez knows the Premier League, so that is the advantage so he would be a great signing for either.”

Sky Sports reported last month that United were interested in the move for Jimenez, but it was unlikely that a move was ever going to materialise in the January window.

Jimenez, 28, has scored 11 goals and has contributed six assists in the Premier League this season. He has also been imperative in Wolves reaching the Europa League knockout stages.

We feel the Mexican forward would provide a fantastic focal point to the United attack and would be effective in a team with Marcus Rashford and Anthony Martial.

He wouldn’t come cheap, but Jimenez is certainly the type of striker Solskjaer should be looking at in the summer.