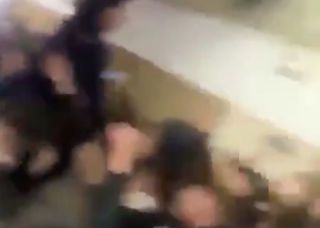 This was from Wednesday night after Manchester United Under-18s beat Leeds United in the FA Youth Cup.

They should be named, shamed and banned for life. I am sure that there are many decent Leeds fans out there who would agree.

It occurred the night before the 62nd anniversary of the Munich Air Disaster and it shows a bunch of Leeds fans mocking the dead at a youths match. I mean, how bad can you get?

The chant in the video below references people dying on the runway after the disaster claimed the lives of 23 players, staff and journalists.

At a youth game, these lads showed their true colours.

Video evidence should allow for the authorities to identify who is responsible.