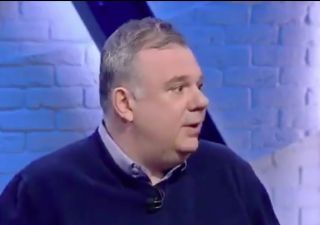 Anthony Martial is somewhat of an enigma at Manchester United.

The Frenchman has talent in abundance, but has never really kicked on from his first season under Louis Van Gaal.

This season, Ole Gunnar Solskjaer has entrusted the 24-year-old to be his striker and Martial has a return of eight goals in 18 Premier League games.

But Martial’s form has dipped in recent weeks and he has failed to finish the rare chances he has been handed.

He has split the Manchester United fanbase this season with many believing he is a victim of a lack of service up front whereas others believe he is simply not good enough for the loan striker role.

Italian sports journalist Gabriele Marcotti makes an excellent point on Martial, saying his problems have been a result of the lack of quality surrounding him.

United look far more dangerous with Marcus Rashford in the team and Martial is suffering missing a quality inside forward.

The onus is on Martial to deliver for the Reds in attack without Rashford and Solskjaer’s side become too predictable going forward.

However, while Martial still deserves to be in Solskjaer’s set-up, a striker definitely needs to be signed this summer.

By far the best punditry on Martial I’ve seen.
Funny how European pundits different from British ones on how they judge Martial@rantsnbants @rickthereduk pic.twitter.com/4oRLRboTXP